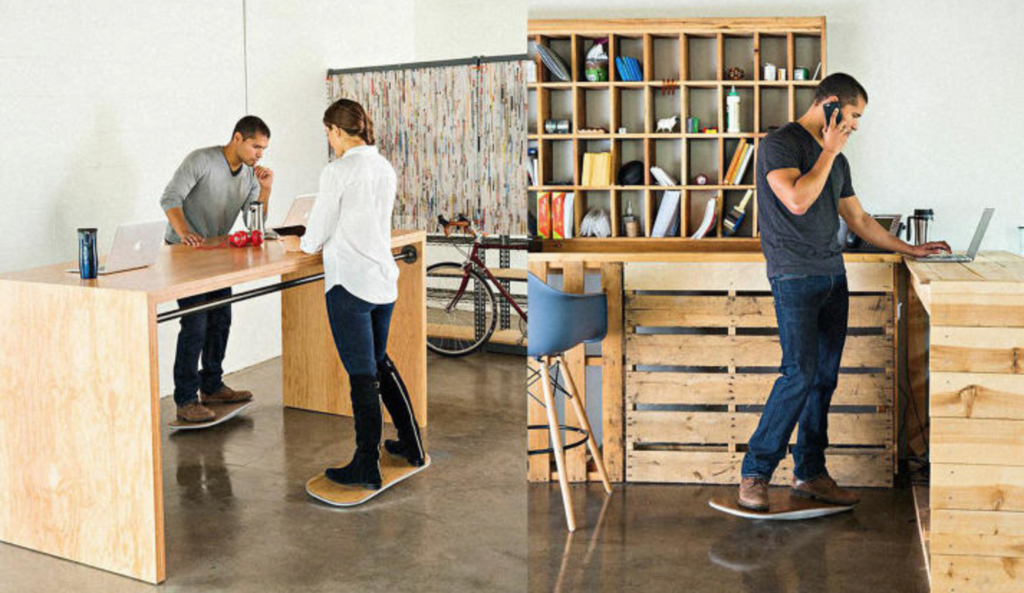 Countless people work in very sedentary indoor jobs today, and medical science is finally starting to understand the grave health consequences of doing so over the course of a lifetime. People who sit in one place for more than an hour at a time without moving and who spend several hours a day in that state may be damaging their cardiovascular health. Some people have been saying ‘sitting is the new smoking’ in order to demonstrate the severity of adopting this lifestyle. Fortunately, people who have to work in jobs like these might be able to get around the problem by using standing desks instead of conventional desks.

However, not everyone can afford the conventional standing desk model of today. Other people might be required to use a particular type of office furniture at work, and getting a new standing desk might not be an option for them. It is possible to modify a desk to become a standing desk, at least functionally. According to the proponents of standing desks, knowinghow to modify your existing desk to make it a standing desk can make all the difference in terms of a person’s long-term health.

Adjusting to using a standing desk can be tricky. People are used to being able to sit down all day as they do their work. However, with all of the different types of standing desks out there, people can at least make the transition relatively easy for them. Standing desks are becoming more and more popular, and people are soon going to get more and more tips that will allow them to make the adjustment more easily.

The Easiest Method of Creating a Standing Desk

IKEA and many furniture companies like that have little side tables and end tables that people can use as supports for their computers. They can just get two of these little tables and stack them on top of one another. People vary in terms of their heights, of course. Some people might need taller end tables, and some people might need to prop their computers up with books or other supports in order to get the computers at the right angle. However, the method is still essentially the same. People can just clear off their regular desks and stack furniture, books, or other supports on top of their desks so they can stand and still use their computers.

Obviously, the support structure needs to be sturdy enough, since people don’t want to have to risk their computers. As such, it is still a good idea to get end tables that are relatively broad, or not much narrower than the original desks. The support table that holds the computer also needs to be big enough to leave space for the computer keyboard, giving people enough support to really work on that keyboard. People should test the sturdiness of the new setup before leaving their computers unattended.

There are different supports that people can use at the base of the tables in order to steady them. Some people might actually bolt everything together, which can work just fine for the people who are allowed to convert the furniture or people who own their own office furniture. However, this very simple method has worked very well for a lot of people, and they’re barely going to have to spend any money in the process of putting it together. Many of the end tables that they need are cheap. Bolting them in place is relatively easy and inexpensive.

Raising the Desk Instead of the Computer

Naturally, even in the Information Age, not everyone uses a desk solely as a support for a computer. Some people might still need to fill out forms on their desks, use staplers, or otherwise use the remainder of the desk area. Just finding a way to prop up a laptop or desktop for typing is not enough. These people are going to need to prop up the entire desk, which is certainly possible.

People might need to shop around for a coffee table that has long enough legs for them if they’re tall enough, and it is a good idea to take some measurements for the shopping process. Some people might need to put textbooks under the legs of the coffee table, or make up for the difference in height by propping up the coffee table in some way. However, people should be able to find a coffee table that will complete the makeshift standing desk appropriately. Some coffee tables today are even marketed for this purpose, and people should be able to find examples on forums that are dedicated to DIY standing desks.

Obviously, these desks tend to look better. They’re sturdier than most others. People can also benefit from having a wider work area as a result of standing desks made in this manner. However, actually getting the desk off of the coffee table can be irritating. People are usually stuck with the desk and coffee table combination once they have put it into place, unless they want to have someone help them separate both objects on a regular basis. There is also the fact that people are often going to need support for their monitors and computers anyway, even though they have the support that they need for the desks themselves. However, many people ultimately prefer this method of desk modification, since it tends to have the best results in many different ways.

New Positions for the Laptop

The adjustable lap desks that people can buy are not especially costly, so people can make these modifications without having to spend much additional money. It is also important to note that many of the people who use this option can actually use their adjustable lap desks for the sake of many other tasks, so people are buying a fairly versatile new tool to use around the house. These new positions for a laptop can make all the difference in giving people the posture that they need.

However, it should be noted that some people are going to need desktops as opposed to laptops, and that this method really only works with laptops. People are not going to usually be able to find the support that they need with use an adjustable lap desk if they also have mouse pads and other accessories. Laptops are computers that really compartmentalize on everything, and the people in question are not going to have to worry about getting enough support for all of the other associated parts. However, adjustable lap desks are really only for laptops, and people need to remember that if they are going to make this option really work for them.

Technically, people can always use books, old boxes, futons, upside-down bookcases, and many other objects for the sake of supporting a desk to make it a standing desk. However, some of these objects are going to provide more support than others. Many of them are really only going to work at all in the short-term. People are going to struggle with keeping their computers stable if they are only being balanced by something that is as precarious as a stack of books. Even something like a bookcase that has been turned on its side may not give people the elevation that they need. The bookcase, since it is hollow, may also just not be strong enough in any direction.

Counter tops in general can work well as surfaces for laptops that will allow people to stand while still giving them all of the room that they need in order to complete their work. Some of these surfaces are going to exist in a workplace. People should easily be able to find these sorts of surfaces in their homes, if applicable. Finding any way to reduce one’s sitting during the day or during the week is still worthwhile, and if people can find a way to stand and work by resting a laptop on a table, they should go ahead and make use of what they have around them.

It’s easier to do this with laptops, of course. Some people might be able to set up their desktops on their kitchen counter tops at home. However, for some people, the easiest part of adjusting to the standing desk way of life is just going to involve getting a laptop. Laptops can give people the flexibility that they need to choose lots of different locations. Standing desks are not magical. People just need to find some way to stand and to work at the same time, and it is much easier to do this when it comes to laptops. Laptops can allow people to really get creative with their standing desks.

People who have used these DIY solutions for a long enough period of time might just decide to go ahead and purchase a standing desk eventually. People can usually only go so long relying on some of the stopgap solutions. However, there is no reason why people should need to choose, especially since a lot of people are going to have more than one office. Some people will need to have standing desks at home and at work. They can use a DIY solution in one location or a new standing desk in another location. 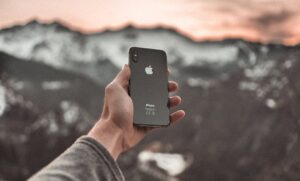